February 2 is the biggest day of the year for one large rodent.

It's Groundhog Day, one of the weirdest American holidays of all. Thousands of people will gather before dawn on a frigid February morning in a park in a small Pennsylvania town to wait for a guy in a top hat and tuxedo to hold a groundhog over his head.

If the groundhog sees his shadow, it’s six more weeks of winter weather. If he doesn’t? Good weather is right around the corner.

The tradition of Groundhog Day began in Punxsutawney, Pennsylvania in 1887 but its origins date back to an early Christian tradition in Europe called Candlemas. That’s when leaders in the church would bless and distribute candles needed in homes for winter. It was thought that the number of candles distributed was an indication of how long and cold the winters would be.

In Germany, a hedgehog was added to the mix. If the hedgehog cast a shadow on Candlemas Day, it would mean long weeks of cold and snow ahead.

Germans were among the first settlers in the Pennsylvania area. They noted that there were many groundhogs in the region that resembled the hedgehogs in Europe, so they became the animal of choice to carry on the tradition.

Also called woodchucks, groundhogs hibernate beginning in late fall and continue to sleep through most of the winter. In February, male groundhogs come out of their burrows to look for a mate. This emergence most likely started the practice of weather prediction, even though the groundhogs return to hibernation until March.

Punxsutawney Phil, named for the area that originated Groundhog Day in the U.S., is the most famous groundhog. Since 1887, he has seen his shadow 104 times and has not seen it 20 times (nine years were not recorded, one year he failed to make an appearance, and once "war clouds have blacked-out parts of the shadow"). According to professional meteorologists, this is only a 35-40% success rate.

But regardless of whether the groundhog’s predictions are accurate or not, the tradition gives us something to look forward to!

Love the movie? Me too. Sadly, none of the Bill Murray classic was actually filmed in Punxsutawney, though it definitely captured the look and feel of the 5,900-person town and Gobbler's Knob.

Don't know much about groundhogs? Well, you're in luck! I've visited famous Phil twice at his burrow in Punxsutawney, a road stop on the way to visit relatives. That makes me a groundhog expert of sorts, right?

Below are five fun Phil facts I've gleaned from my family's (short) visits to Punxsutawney that you can use to impress your friends and family on Groundhog Day.

1. The town loves its groundhog.
Punxsutawney embraces its Groundhog Day fame with large groundhog statues scattered throughout town year round. 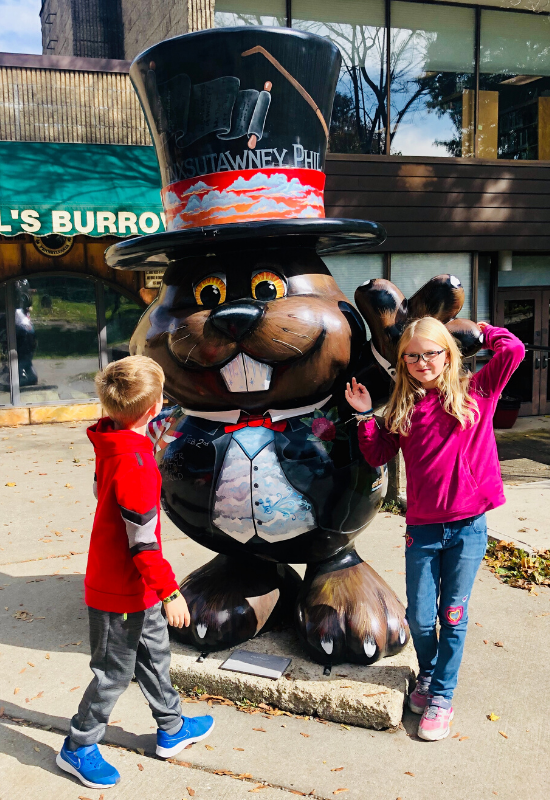 2. You can visit Punxsutawney Phil.
Punxsutawney Phil and his "wife" Phyllis spend every day — except February 2 — in the Punxsutawney Memorial Library. You can see the couple anytime in their enclosure through a glass window if the library is closed, and sign a guestbook to let the groundhog know you care if it's open.

My family stops by when driving through. Phil and Phyllis seem happy there, hanging out and waiting for the groundhog's one day of glory. But, may I ask, when will Phyllis ever get her day in the sun? 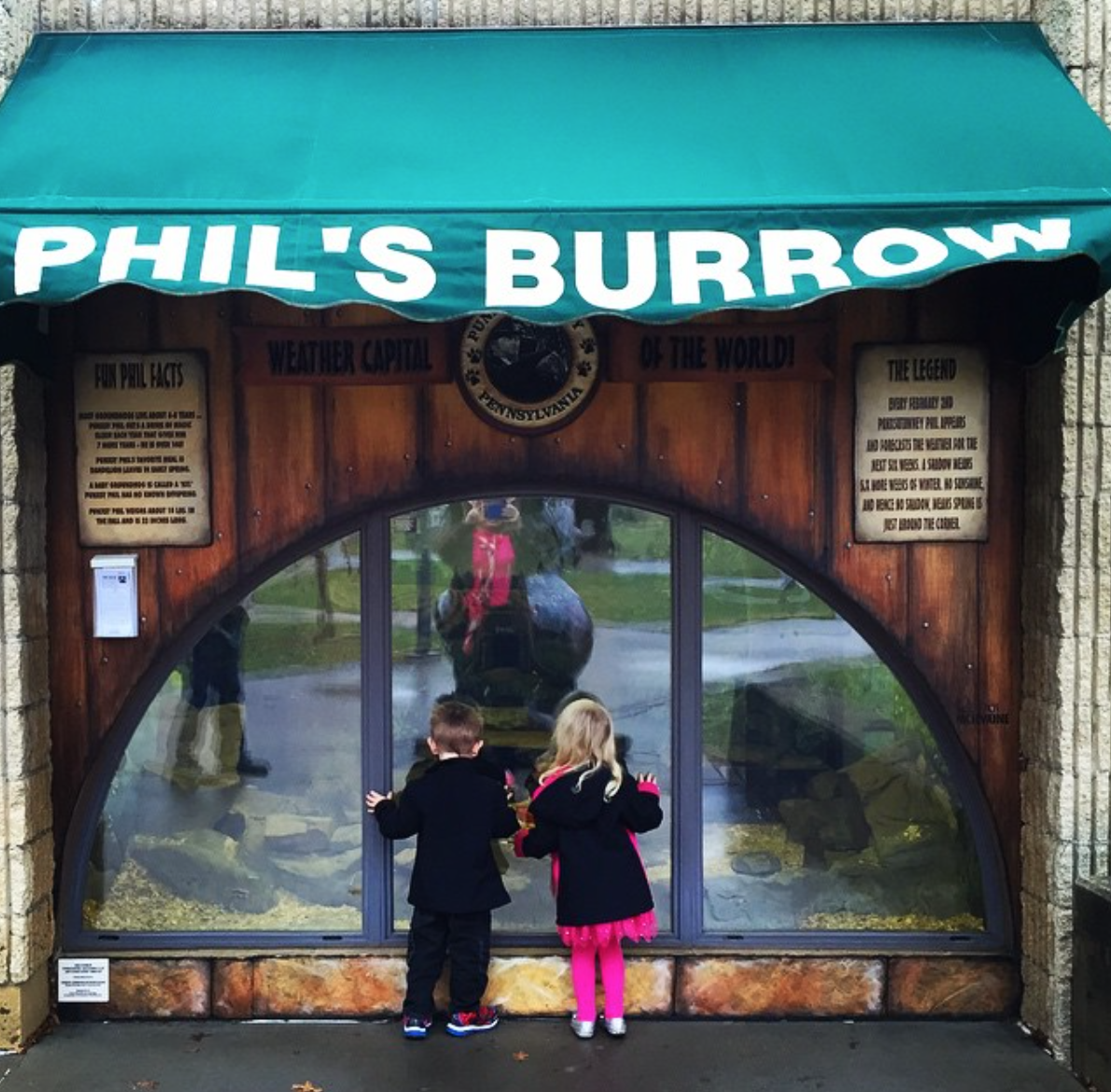 3. Groundhogs are true hibernators.
They enter a deep sleep in October and don't emerge until early spring... typically after Groundhog Day. During hibernation, a groundhog's temperature drops down to 40 degrees, its heartbeat slows to five beats per minute, and its breathing slows down to just two breaths per minute.

It also means visiting them at their burrow is kind of anticlimactic because they're always snoring.

According to Scientific American, the nickname derives from a  Native American word, wuchak, which roughly translates to "digger."

5. But it does whistle.
Another nickname for the groundhog is whistle pig. That fun moniker comes from the sound a groundhog will make when it is alarmed. Enjoy.