The year of the Tiger begins Tuesday, February 1, coinciding with the first new moon of the lunar calendar. While commonly referred to in the United States as Chinese New Year, many East Asian and Southeast Asian countries outside Mainland China also celebrate the Lunar New Year, including Korea, Vietnam, Taiwan, Hong Kong, Tibet, Bhutan, Mongolia, and the Philippines.

Each country has its own unique traditions and customs to usher in the New Year, but common to all celebrations are coming together with family and friends, gift-giving, and preparing and eating traditional foods.

Find out how each country celebrates and how you can bring the Lunar New Year celebration to your home: 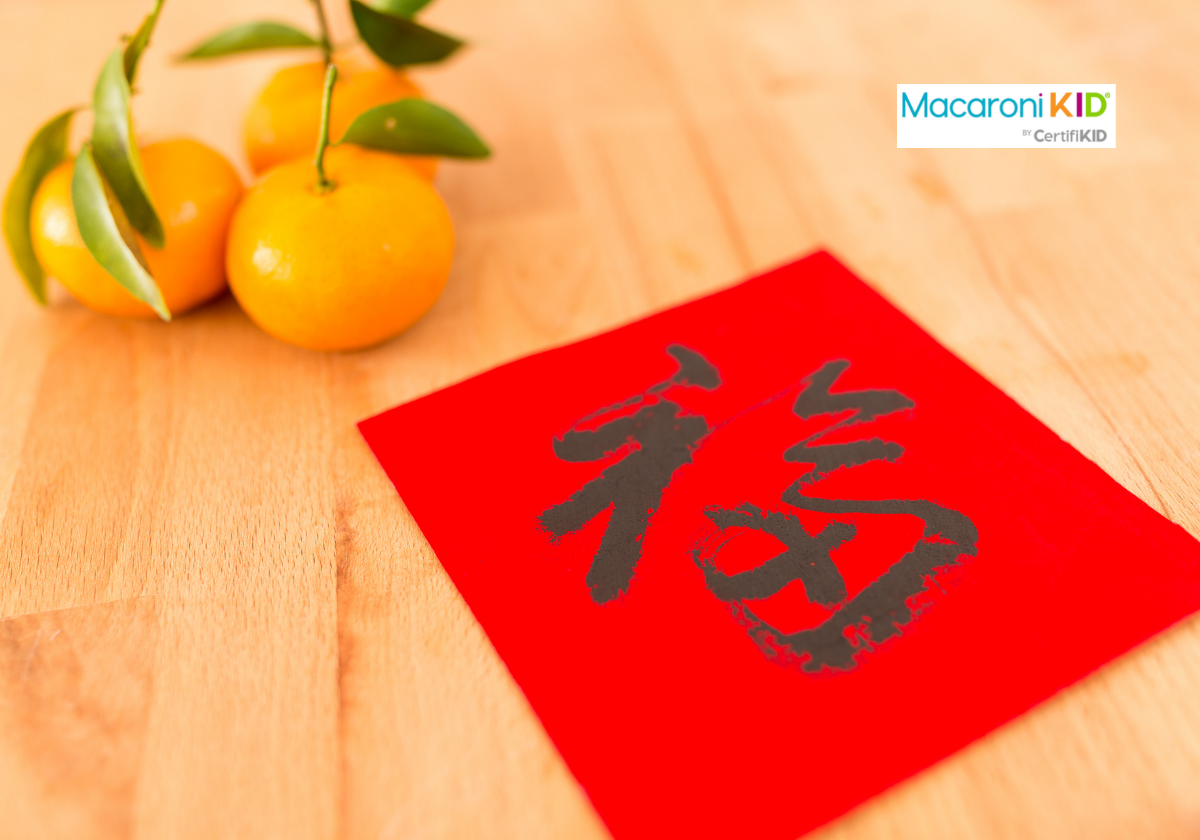 Dragon dances, mooncakes, parades, fireworks, red envelopes... most of us are familiar with many of the traditions associated with Chinese New Year celebrations. Lunar New Year is a very big deal in China.

Schools and businesses are closed for a whole week, and millions of people travel to their hometowns to spend the holiday with family in what is often referred to as "the world's largest human migration."

Red is considered a lucky color in Chinese culture, so you will see it in abundance during Lunar New Year festivities. Elders gift money in red envelopes, known as hong bao, to the children in their lives.

How to celebrate Chinese New Year at home: 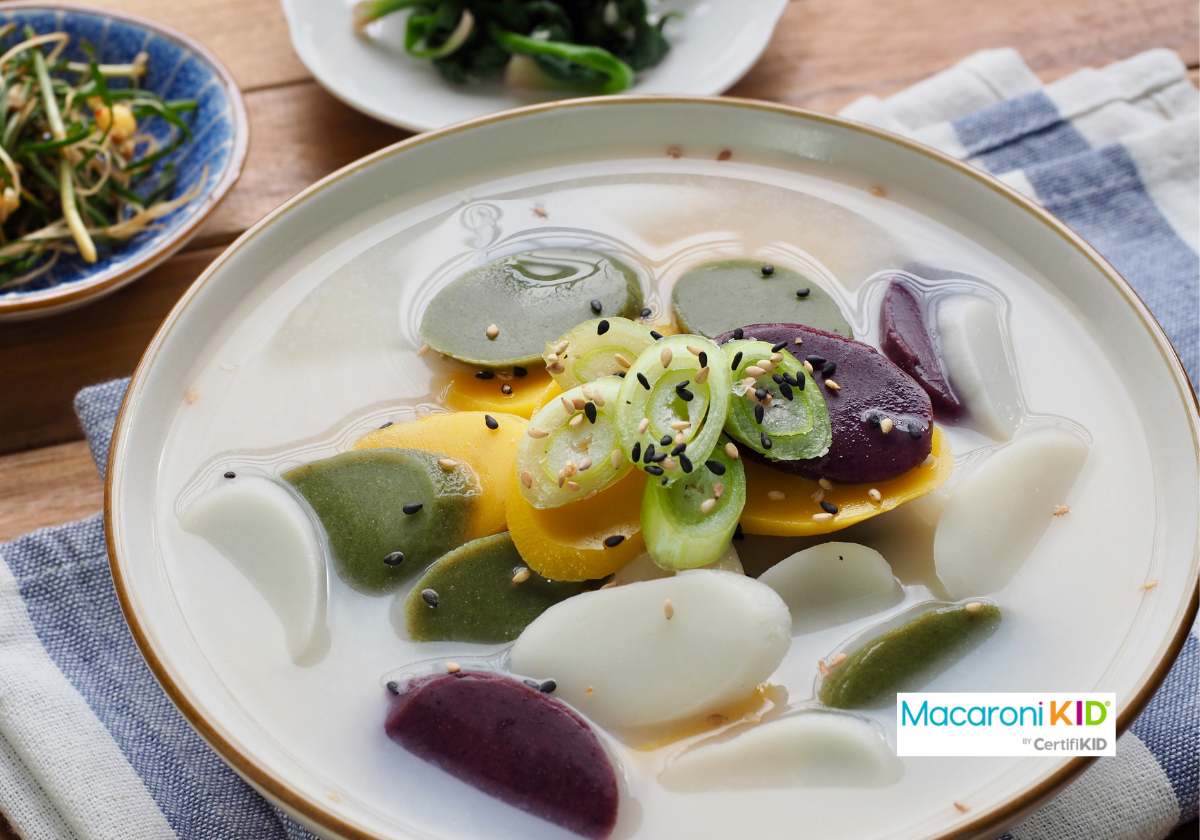 Korean Lunar New Year, called Seollal, is one of Korea's most important national holidays. Families gather over three days — spanning from the day before Seollal to the day after — to pay respect to their ancestors, prepare and eat traditional foods, play folk games, and exchange gifts.

Eating rice cake soup (tteokguk) is an essential part of the tradition, as Koreans believe everyone gets a year older on Seollal — but only if they eat their tteokguk! Kids look forward to performing a traditional deep bow (sebae) for their elder family members in exchange for blessings — and New Year's money!

How to celebrate Seollal at home: 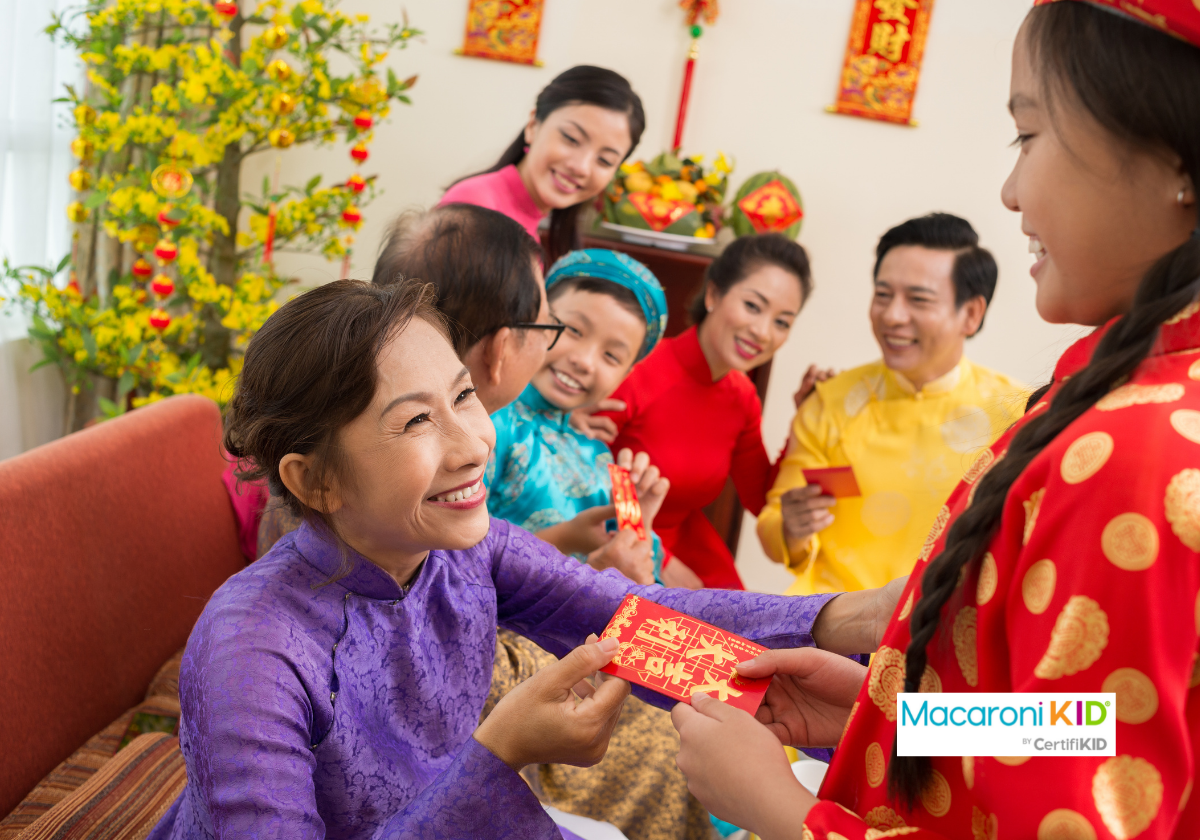 Lunar New Year's Eve kicks off the celebrations with fireworks, dragon dances, and boisterous parades filled with rattles, gongs, drums, and bells meant to scare off evil spirits. The first day of Tết is the most sacred, celebrated with just close family. Family members dress up in new clothes, symbolizing a fresh start to the new year, and children receive a red envelope containing money from their elders. The days that follow are filled with visits with friends and extended family.

How to celebrate Tết at home: 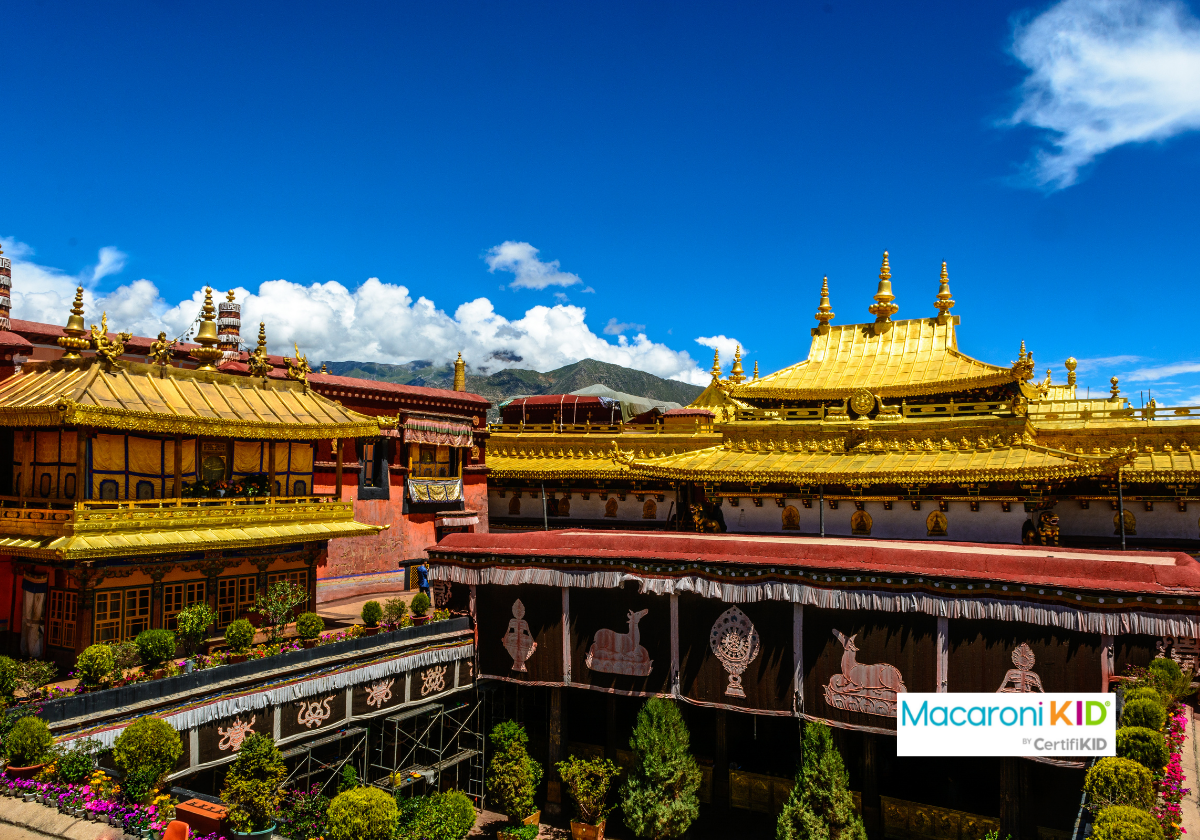 Tibet's Losar festival is steeped in their common Buddhist faith, emphasizing continuous chanting of scripture to expel the evil demons that the Tibetan people believe exist everywhere and praying for good luck and blessing for the coming year.

Families prepare for Losar by buying new clothes, thoroughly cleaning their homes to clear away the previous year's bad luck, and decorating with fragrant flowers and auspicious signs. The home's centerpiece is the Losar altar, which is a basic Tibetan Buddhist shrine, but with additional items meant to invoke blessings and abundance for the New Year.

Fun fact: Because the Tibetan words for "sheep's head" and "beginning of the year" are similar, it is customary for families to make a sheep's head out of colored butter as a decoration! Losar festivities last several days and include gathering with family and friends, prayer ceremonies, exchanging gifts, eating traditional foods, and visiting local monasteries.

How to celebrate Losar at home:

Tsagaan Sar translates to "White Moon" and is Mongolia's most important national holiday. Tsagaan Sar celebrations and customs have changed several times since the holiday was first established in the 12th century. Modern festivities focus on family togetherness and unity, paying respect to elders, passing on Mongolian culture and traditions to the younger generation, and welcoming spring with an optimistic spirit and kind heart.

Similar to other cultures, Mongol New Year's preparations focus on cleaning their homes and bodies to usher in good luck and preparing traditional foods. Tsagaan Sar festivities officially last three days and involve visiting with family, friends, and neighbors; many special rituals; and lots of eating with an emphasis on white food, which symbolizes purification.

How to celebrate Tsagaan Sar at home:

Happy New Year! We hope you enjoyed this tour of Lunar New Year traditions and have fun incorporating some in your own celebrations this year.