Have you hopped on the Wordle trend yet? People are going crazy for guessing the 5-letter word of the day — me included! As a language enthusiast, I adore word puzzles.

My kids get increasingly chatty and silly right before bed, so we've started a routine we call "Bedtime Brain Busters." As the name implies, it's the time of night when we challenge each other with a puzzle, and since my kids just want to talk and talk and talk, our Bedtime Brain Busters session usually evolves into an exercise of getting creative with words.

Here are five of the word puzzles/challenges that we have been playing at our house: 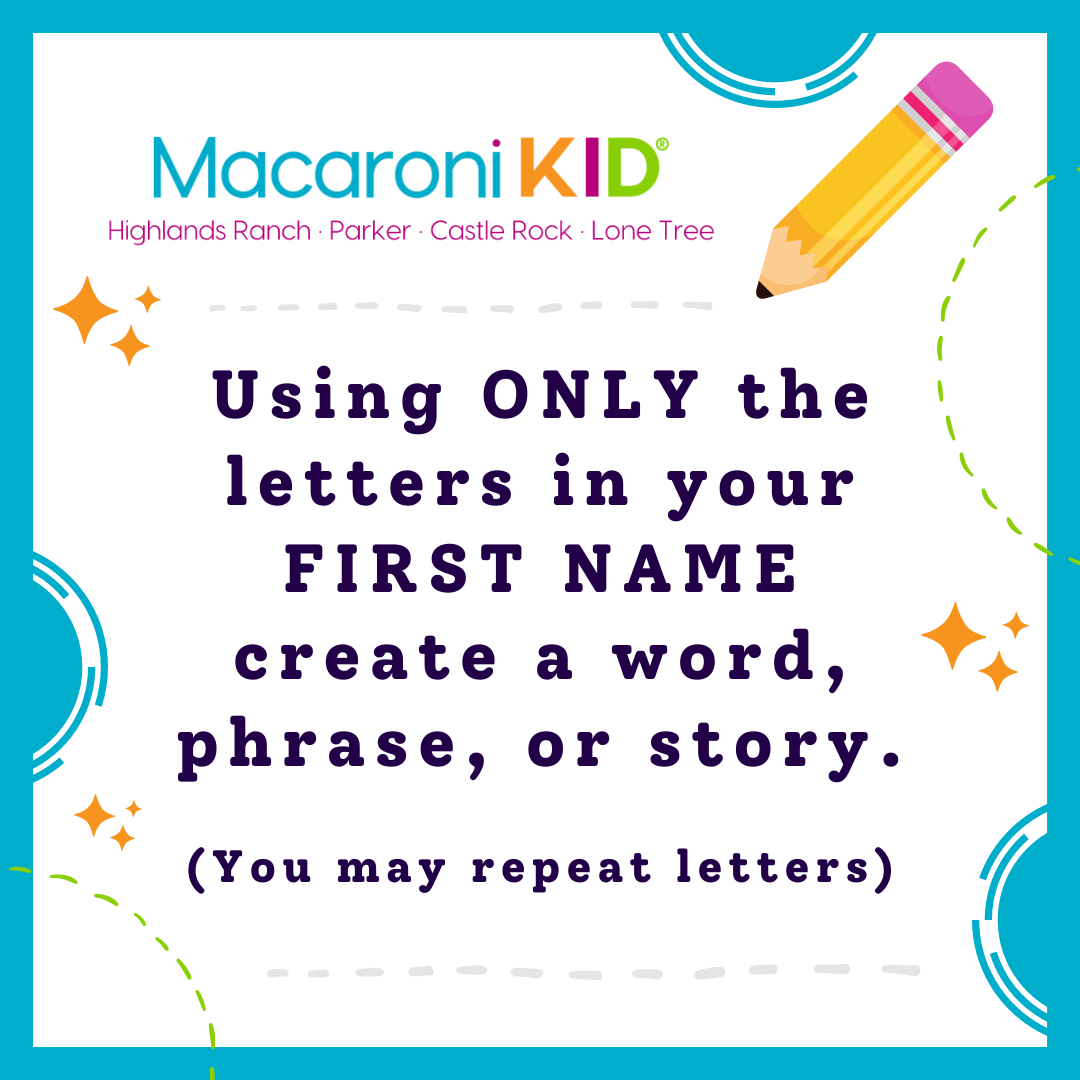 1. Using ONLY the letters in your first name, create a word, phrase, or story.

This game had us rolling on the floor in laughter! We worked through all our family members (including our pup) before trying this with the names of our friends, neighbors, classmates, and favorite movie characters. Here are some of the results that had us giggling:

2. Create a sentence that uses every letter of the alphabet. This is known as a pangram. "The quick brown fox jumps over a lazy dog" is a phrase that has gained notoriety for being an excellent example of a pangram. 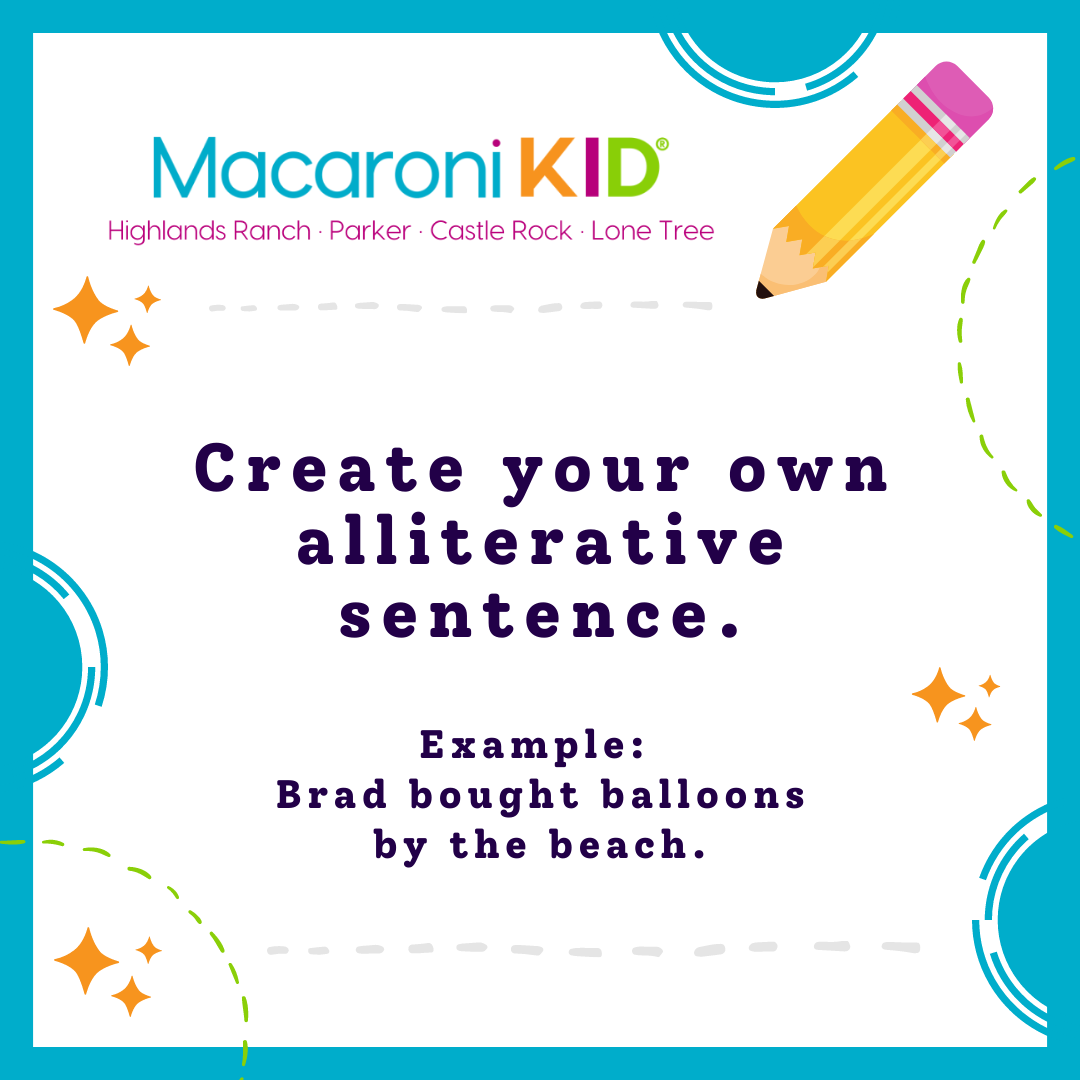 3. Create an alliterative sentence. Alliteration occurs when the same sound (typically at the beginning of each word) is repeated in a sentence.

My family takes turns adding alliterative words to a sentence to make this an interactive challenge. You can add words to any part of the sentence, and you can include small words like "of," "an," and "in" as free words for more challenging letter choices. The game ends when a person can no longer add to the sentence, or they've forgotten the words from the previous participant.

Here's an example of what our alliterative sentence challenge looks like: 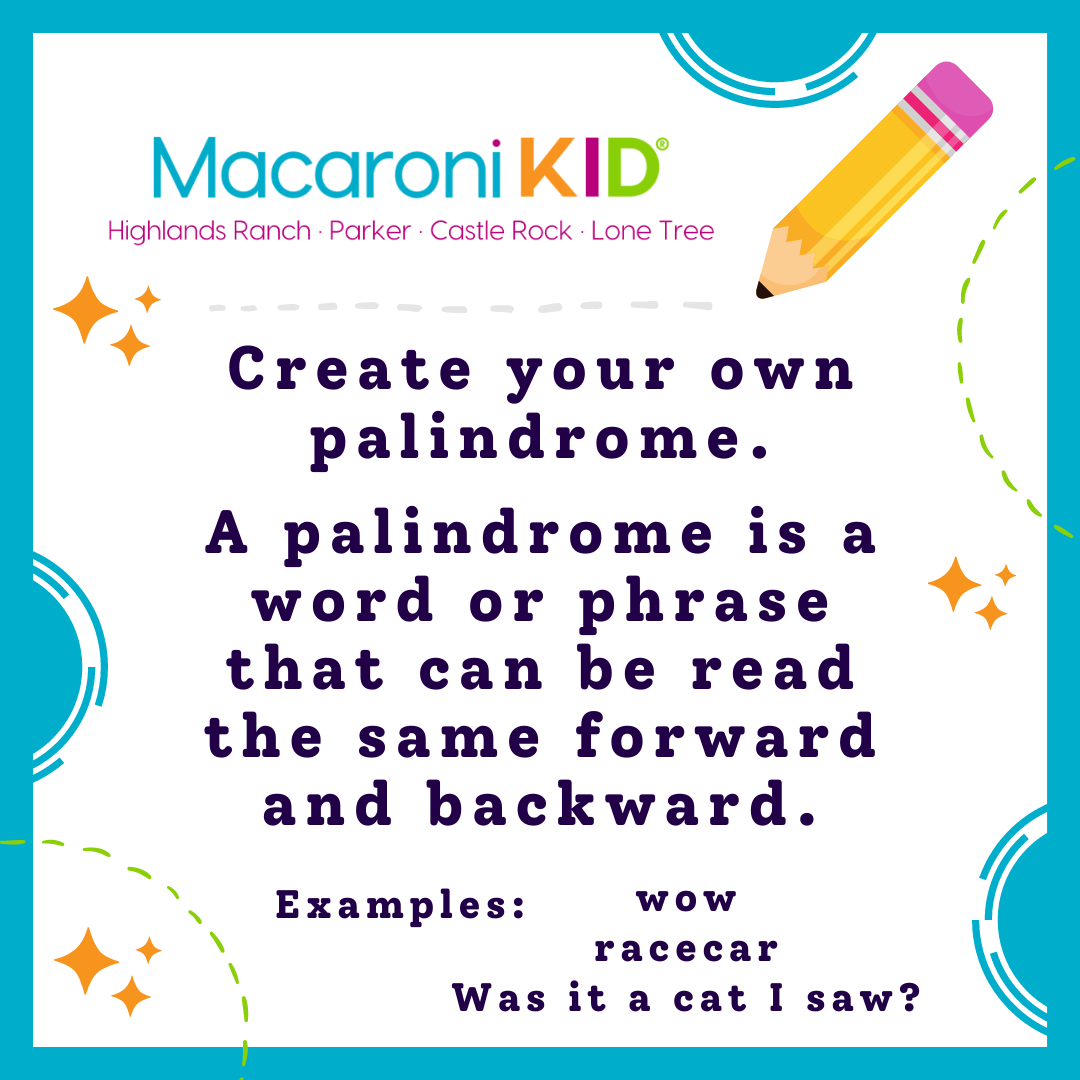 4. Create a palindrome. Palindromes are words or phrases that read the same forward and backward. They can be as simple as "mom," "dad," or "wow." A more complex and widely-known palindrome is "A man, a plan, a canal. Panama." 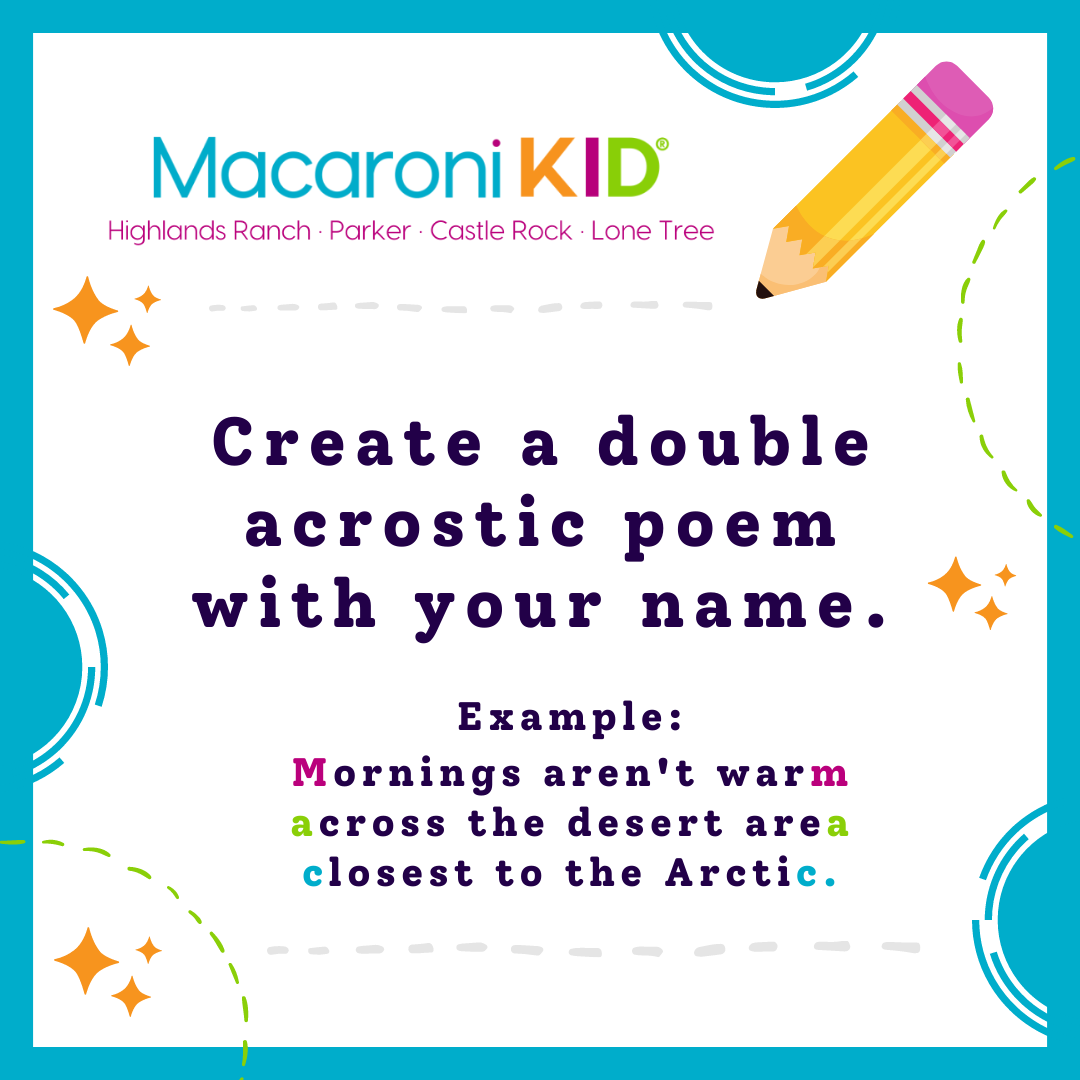 An example using the name Mac:

Mornings aren't warm
across the desert area
closest to the Arctic.