I recently read that many people start experiencing the "winter blues" in the last week of January. The combination of post-holiday melancholy, unpredictable weather, broken New Year resolutions, and less time outdoors can lead to a severe case of the doldrums.

Lift your spirits by celebrating National Opposite Day, a holiday that will fill your day with giggles!

No one seems to know how this day originated or why it's celebrated in January when it should be on August 17. On that day in 1959, President Dwight D. Eisenhower supposedly declared that day to be Opposite Day at the request of his granddaughter.

He then discovered that it isn't always easy to find something's opposite. For example, what is the opposite of "brain"? Or "elephant"? (The answers are "heart" and "ant," according to my children.)

Every day should be sprinkled with a bit of silliness, especially National Opposite Day. Here are five fun ways to help you celebrate.

Spend the day trying to say the opposite of what you mean. Use "goodbye" for "hello," "you're welcome," instead of "thank you," and "no," when you mean "yes." 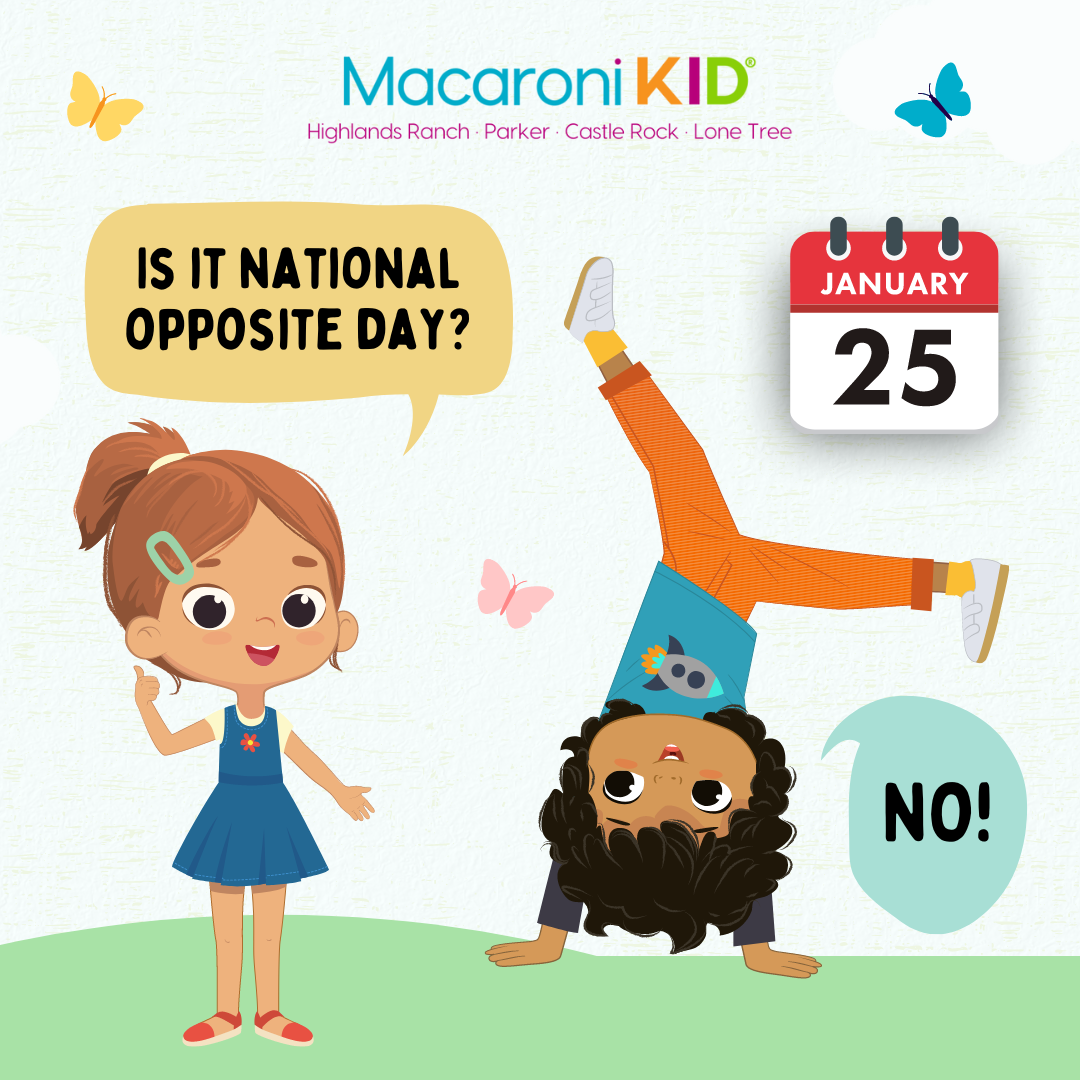 2. Discover differences between the North and the South Poles.

Coca-Cola had a commercial that showed a penguin giving a polar bear a bottle of Coke. Besides the fact that neither of these animals drinks soda on a regular basis, there was something else very wrong about this commercial: penguins and polar bears live on opposite ends of the earth!

Here are more differences between the North and South Poles. 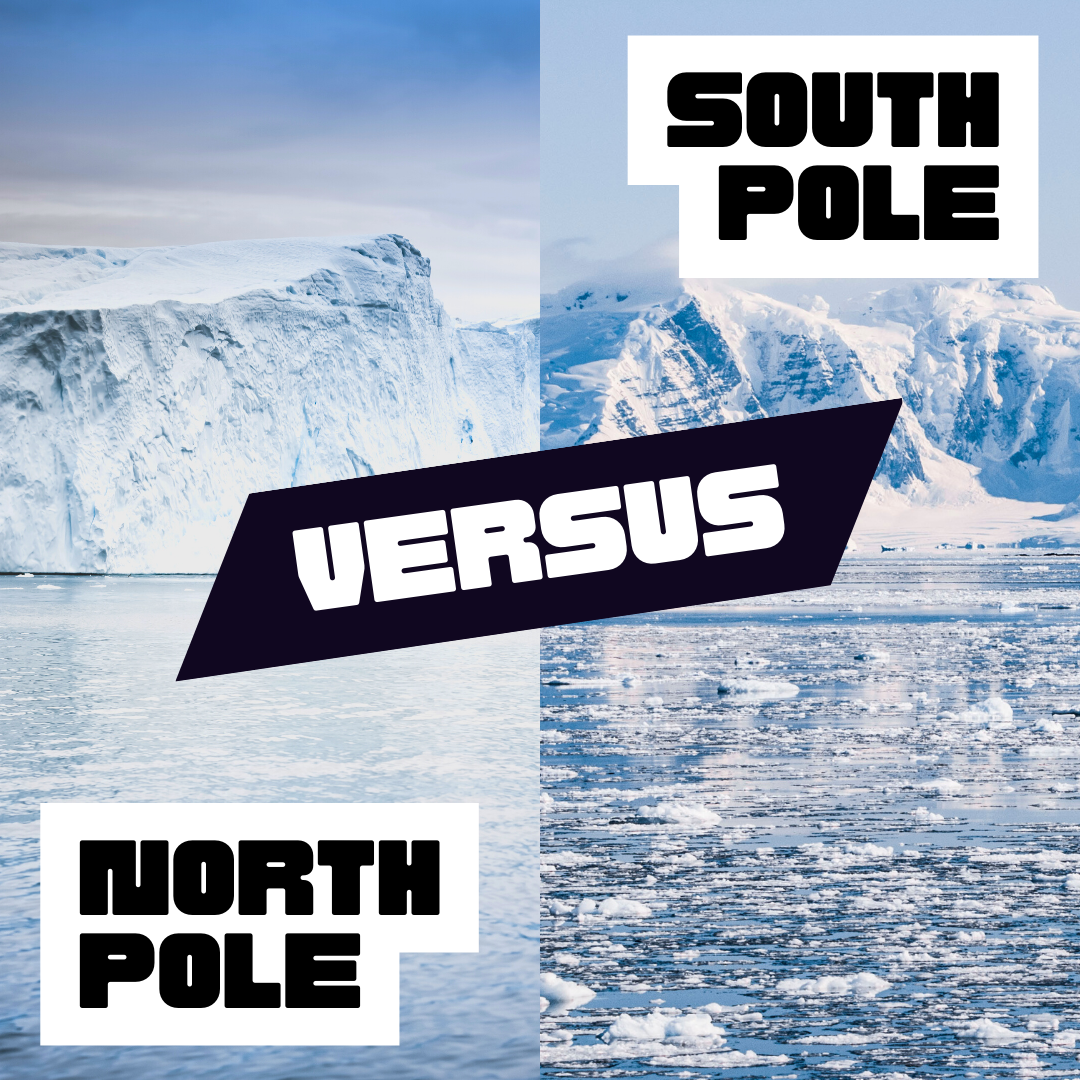 Also known as an auto-antonym or Janus word, a contronym is a word with two meanings that contradict one another. Here are a few examples:

Dust: To sprinkle with particles and to remove from particles.

Can you think of any others? 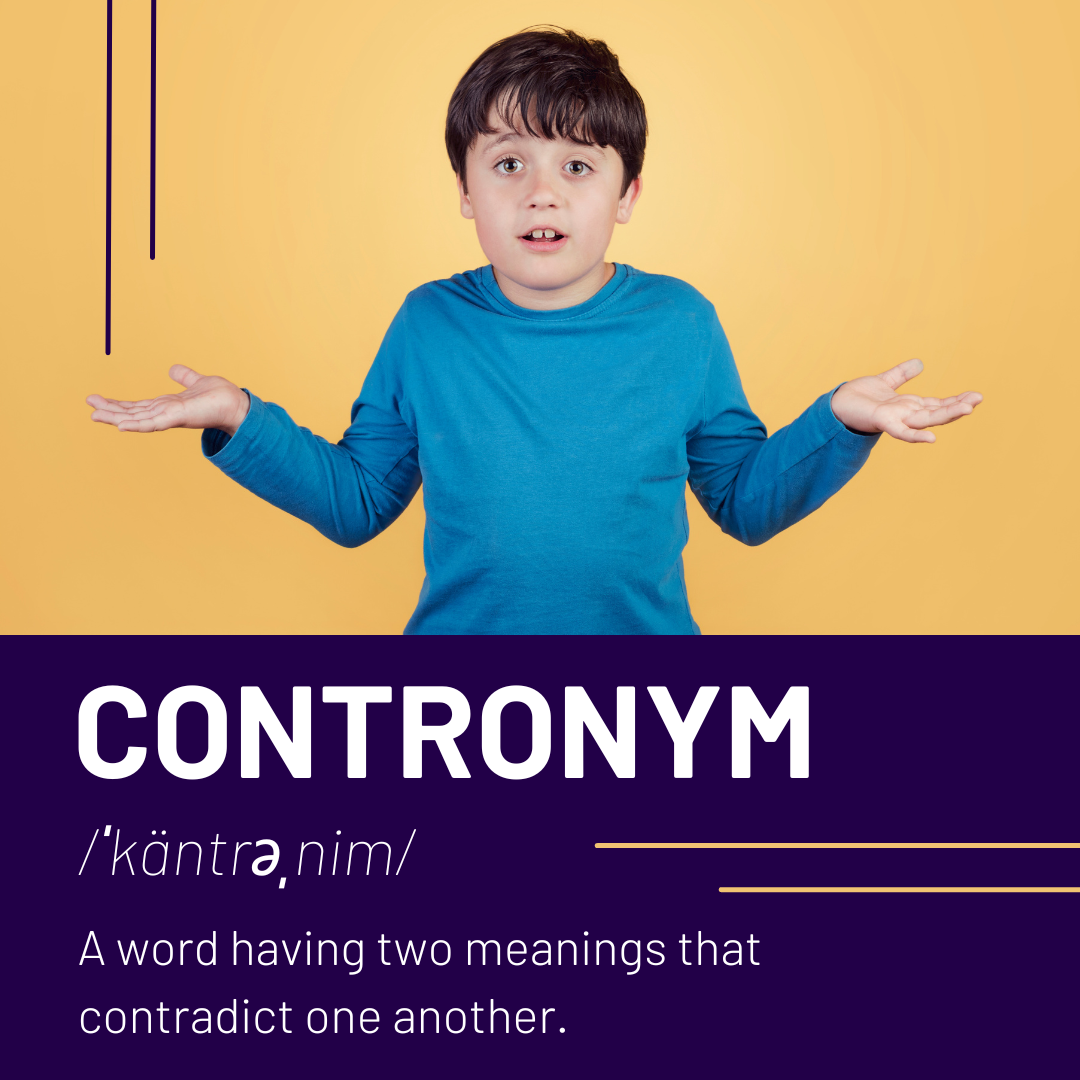 Serve cold pizza for breakfast and pancakes for dinner. If you can't bring yourself to serve actual pizza, try our recipe for Egg Pizza that everyone is sure to love.

Or eat dessert first... just for today! I make a frozen treat every summer that is nothing more than chopped berries mixed into vanilla yogurt. I call them Confetti Pops, and I am the coolest. mom. EVER! for letting them have "dessert" for breakfast! 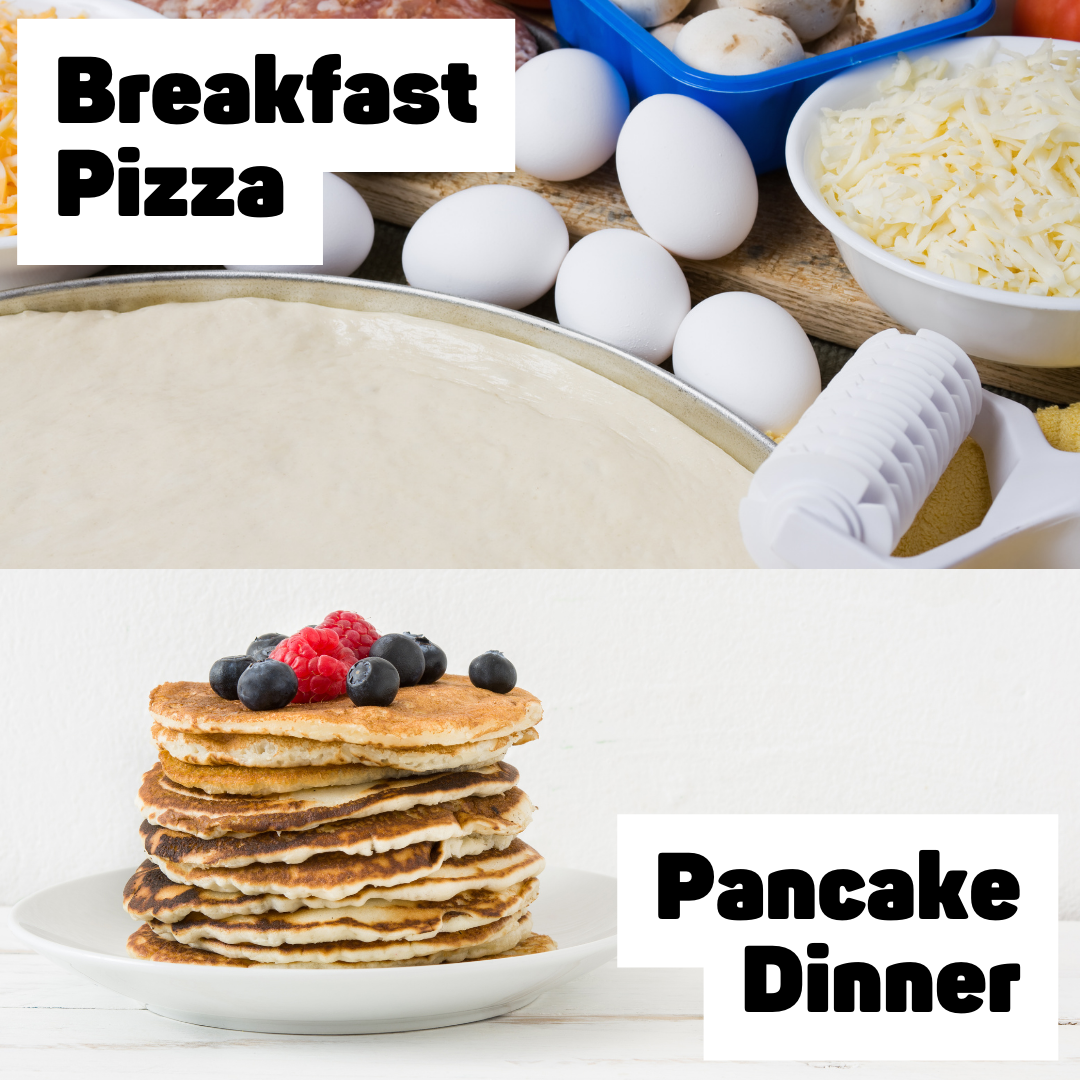 One of the oldest adages is that opposites attract, and having a mate with opposite traits can bring balance to your relationship. Here are some of our favorite movies featuring opposites who are meant to be together.

Click any movie title to borrow it from the Douglas County Libraries. 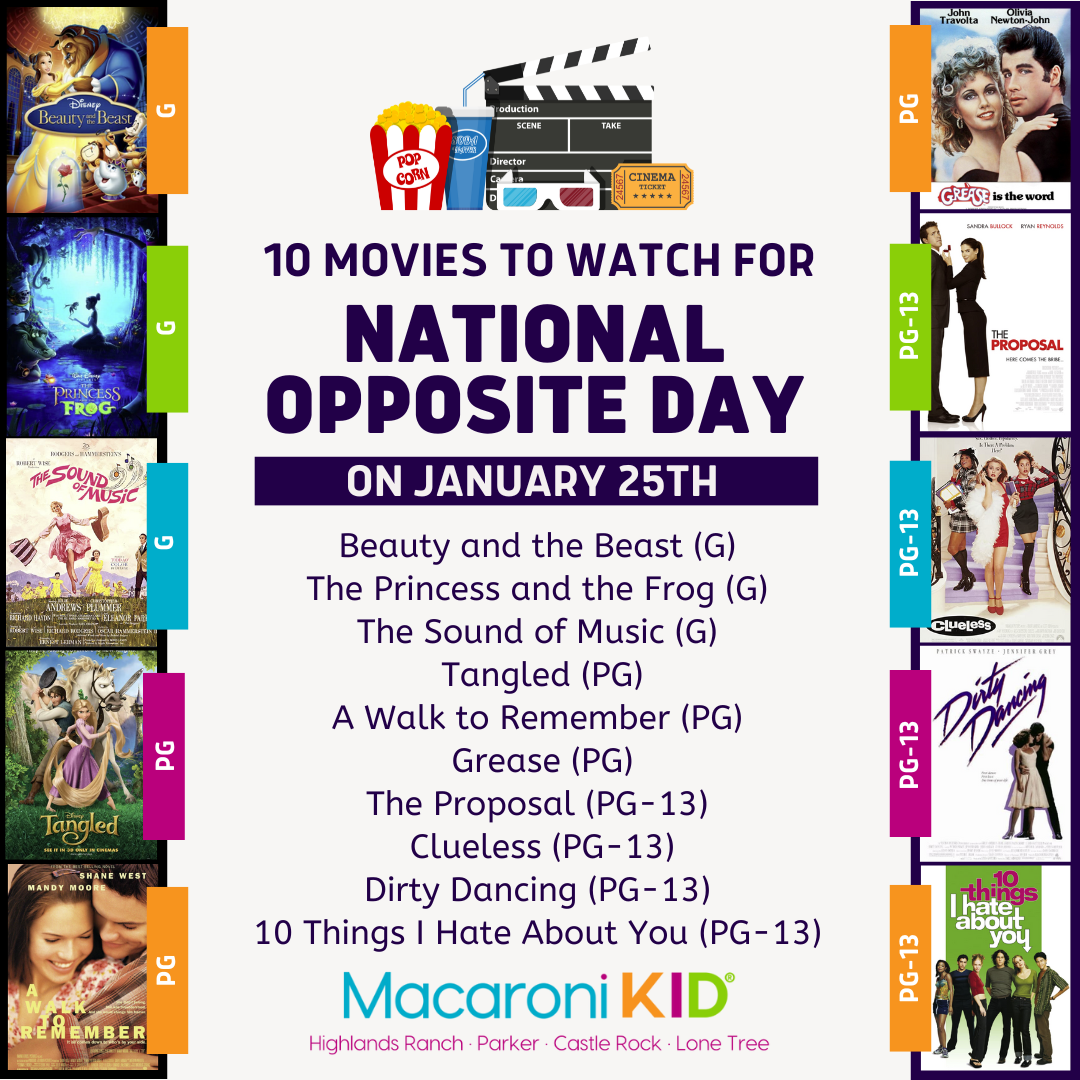